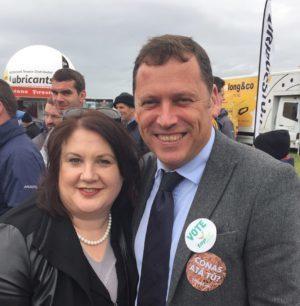 It’s been a busy month of September here at Lambe’s Oil. The Autumn weather is creeping in and everyone is stocking up on Home Heating Oil.

This September also saw The National Ploughing Championships  coming to Tullamore and Lambe’s Oil were out on site in the weeks leading up to the event to ensure there was an adequate amount of fuel on site. The lads were up at the crack of dawn each morning refueling before exhibitors and show goers arrived.
Rita was also at the show over the three days at the Top Oil stand, meeting, greeting and enjoying the atmosphere. Overall, the show was a huge success, congratulations to the organisers, An Garda Siochana for the traffic management  and everyone involved!

Here are a few photos from each of the days.